Expert's corner will provide you a new case report in orthopedics or neurology.

Case 004 - Hemiparesis in a Pekingese dog 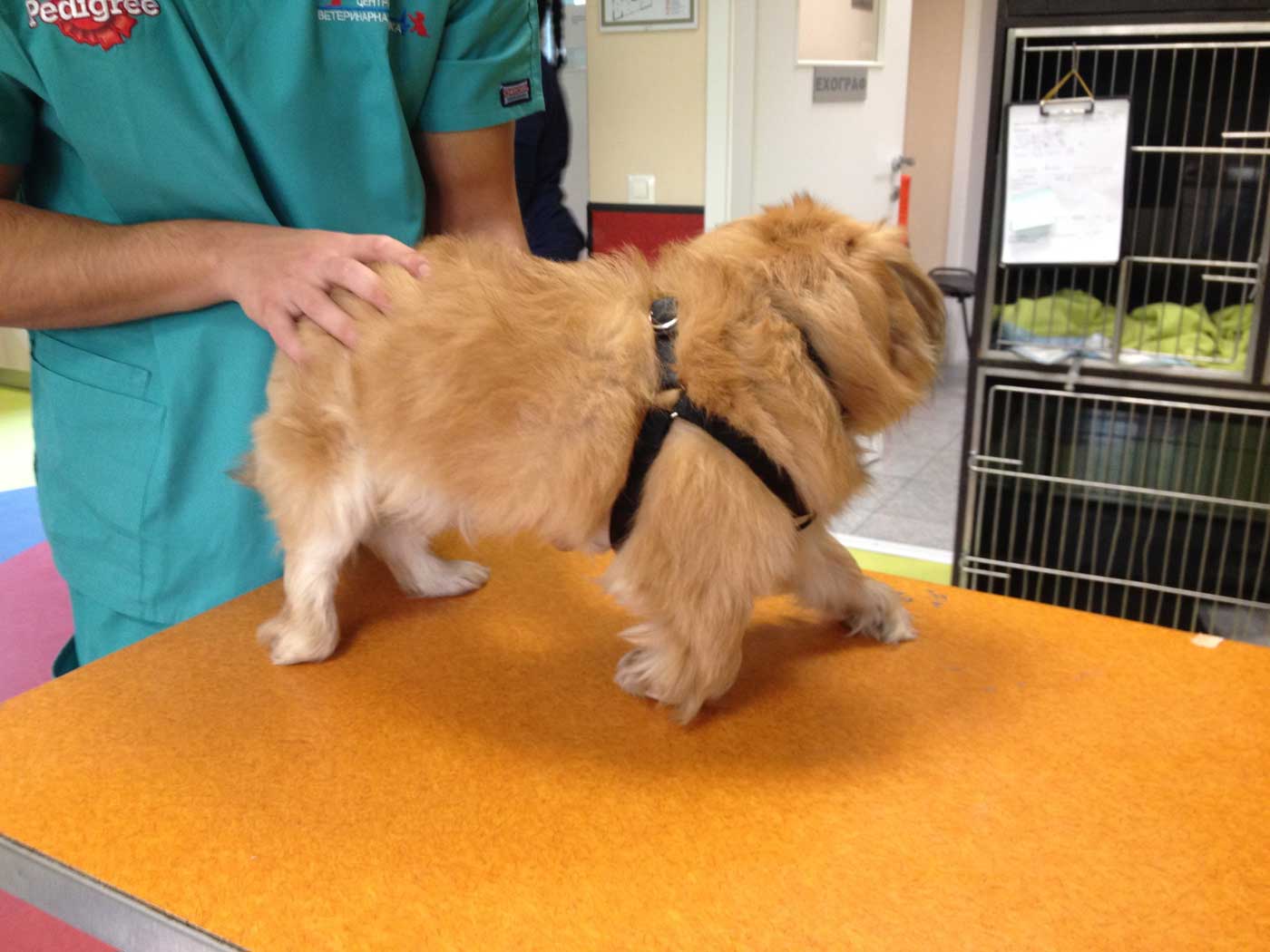 An 8 years old , male, 6,4 kg (overweight), Pekinese was presented because of inability to bare weight on the right front and hind limb. The owner reported that the problem started one month ago with less severe presentation - occasional stumbling and knuckling on the right front leg. There was also occasional painful vocalization with  change in the body posture. Gradually, the condition deteriorated to a non-ambulatory status for the last 4 days. No response to NSAIDs and steroids, prescribed by the referring vet, was found.

During the neurological examination we found:

ould you suggest the localization of  the lesion, before further diagnostic tests?

A plain radiograph of the cervical spine was done. The only abnormality noticed was moderate narrowing of C5-C6 disc space. 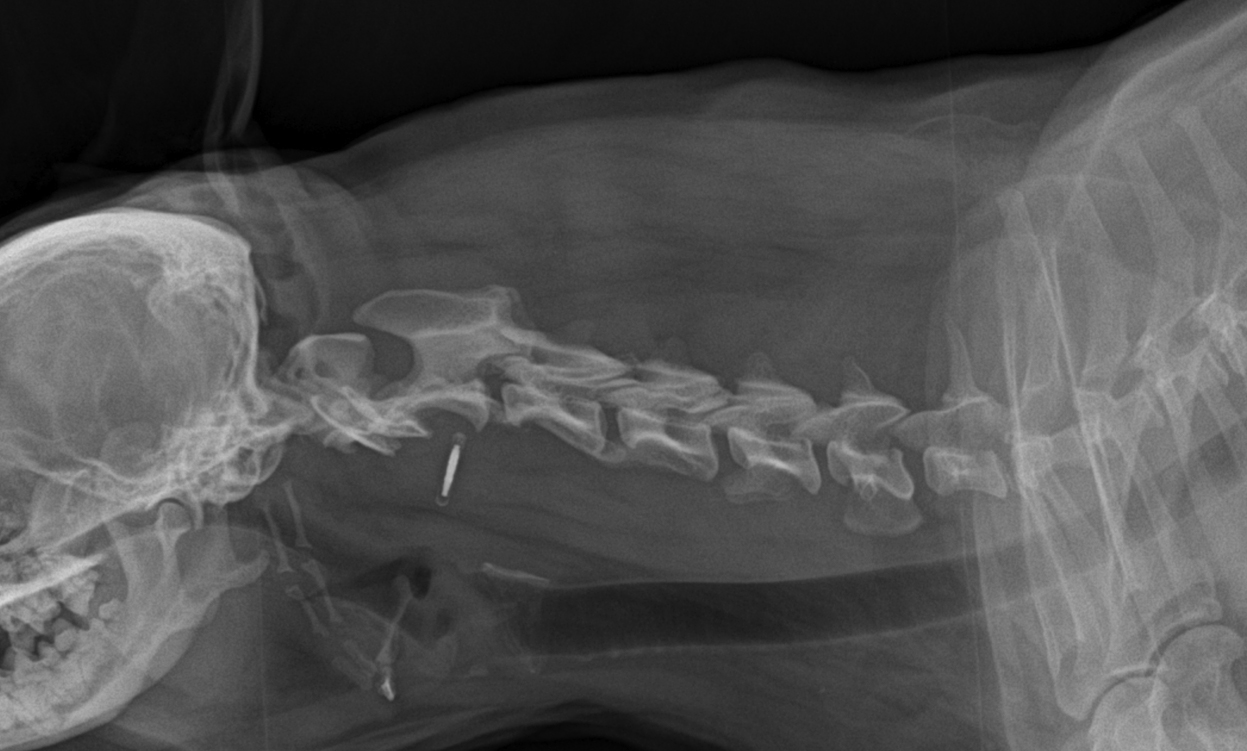 A cysternal myelography was performed, because a cervical compression was suspected.

The lateral myelograms revealed good contrast flow through the cervical area, but a ventral “double column” sign was visible at C5-C6. There was mild widening of the “myelon" at C5-C6 space on the ventrodorsal view and mild contrast thinning on the right. 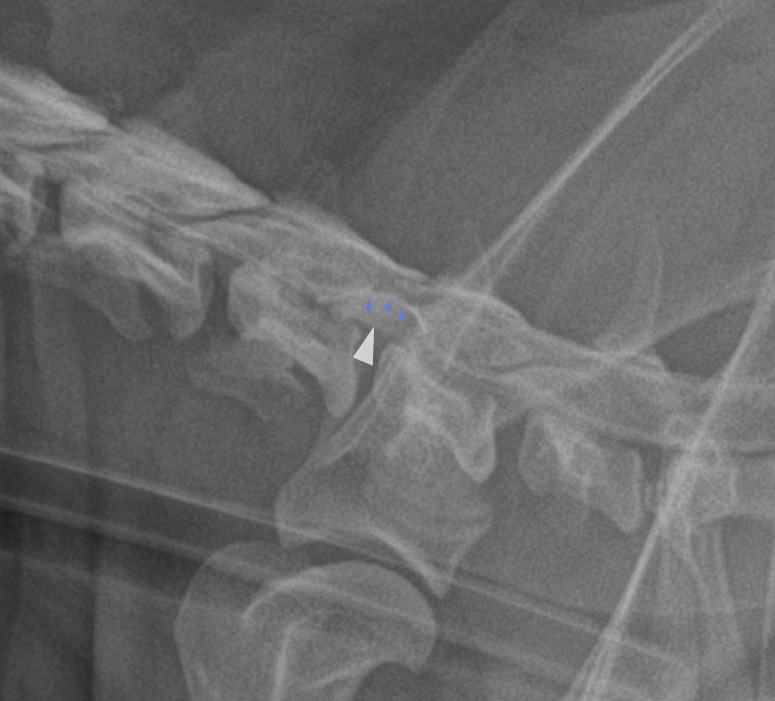 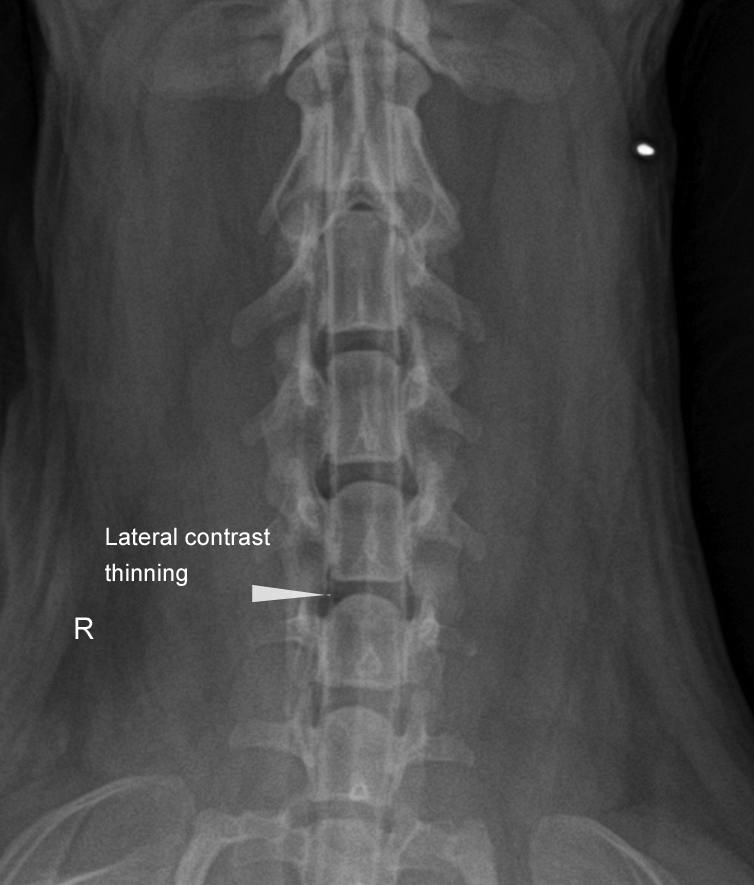 What would be your interpretation in this case:

Show right diagnosis and suggested treatment (only for VOG-Members)

You must have valid membership to access this page. One of the Following memberships are required:
LoginJoin VOG membership
0.0
Last Modified: Tuesday 31 January 2017 18:52
0

2 Responses to Case 004 - Hemiparesis in a Pekingese dog

Your email address will not be published.

All Case Reports will be presented with the history and diagnostic findings, and after 10 days you will receive the review of the presenter with right diagnosis and suggested treatment. VOG website will also provide you an archive where you can come back anytime in the future to look again to the cases. The topics will focus on both scientific and practical aspects.

You must have valid VOG membership to show right diagnosis and suggested treatment.

Join Us or Renew your VOG Membership!

The membership of the society is comprised to veterinarians, particularly those who are interested in orthopaedics and traumatology.
Members can also be people of other professions which are closely connected to the science of orthopaedy and traumatology.